Skip to the content
Home > Insurance Blog > 2022: The Year of Natural Disasters

2022: The Year of Natural Disasters

Posted by DSD Insurance an Acrisure Agency Partner on January 21, 2023

The past year was one of the most tumultuous climate disaster years in history, a year when we saw the hugely destructive Hurricane Ian, an unprecedented number of tornadoes, growing wildfires in the West and a “bomb cyclone” in late December.

The increasing number of natural disasters is not just a U.S. phenomenon. It’s happening around the world.

According to a report by Swiss Re Institute, the research arm of the reinsurance giant, insured catastrophic damages totaled $115 billion globally for 2022, and total economic losses were much higher at $260 billion.

The increasing frequency and magnitude of these natural disasters in the US, combined with soaring inflation, supply chain issues and labor shortages, is also having a knock-on effect on homeowner’s insurance prices.

There were 15 billion-dollar weather and climate disasters in the first nine months of 2022 alone:

And just to cap the year off, we had the Christmas bomb cyclone (known as Winter Storm “Elliot”) that threw a blanket of arctic freeze across large parts of the country, causing an estimated $5.4 billion in insured losses in 42 states, according to Karen Clark & Co.

There are a few things to note about this list of calamities. You’ll notice 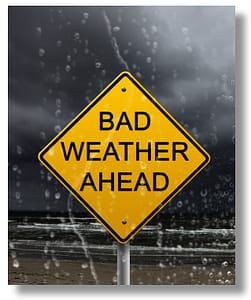 that some of these events were “severe weather” that didn’t qualify as a hurricane or derecho. But these severe weather events are starting to have as much destructive force as these primary perils.

Much of the weather the U.S. is experiencing is more intensive and far-reaching than before. The nature of hurricanes is also changing: these storms have typically caused wind and storm-surge damage, but as they grow wetter, they are now causing more rain and flood damage on top of the other damages.

Plus, hurricanes are bringing flooding far beyond the coasts and into the central parts of states such as in Florida and the Carolinas, according to the Swiss Re Institute report.

Drought is also a serious issue, particularly in how it affects wildfires and water supplies. Years of low rainfall and overuse have left the Colorado River a shadow of its former self, resulting in record low levels in Lake Mead and Lake Powell, the sites of two main dams that may soon stop producing electricity for millions of people.

According to the Sept. 27, 2022 “U.S. Drought Monitor” report, about 51% of the contiguous U.S. was in drought, up about 5.4% from the end of August. Drought conditions expanded or intensified across portions of the Mississippi Valley, central and northern Plains, Northwest, Southeast and parts of the Great Lakes.

These figures do NOT include Hurricanes Fiona and Ian, the latter of which caused an estimated $65 billion in insured damage alone. Hurricane Ian was the year’s costliest catastrophe and the second-largest insured loss on record after Hurricane Katrina.

These events, plus the cost of repairing and rebuilding buildings and infrastructure also on the rise thanks to increasing materials and labor costs, are having a significant and serious effect on homeowner’s insurance.

Homeowner’s insurance rates rose 12.1% on average nationwide in 2022 from the year prior, according to Policygenius. However, people living in disaster-prone areas are seeing much higher rates. In the case of Florida and California, some people are unable to even find insurance for their homes or face two-, three- or four-fold increases in their rates.

The Take-Away
DSD Insurance understands the consequences these growing natural catastrophes are creating for individuals and businesses everywhere. They’re affecting DSD and our team members as much as they’re affecting you.

When we seek to sell your risks to insurance companies, we may learn that a carrier who accepted your risks in the past will no longer do so. So we may need to “shop” your risks to other carriers to ensure your risks –– and your assets –– continue to be covered.

We’re your lifetime partner at managing your risks. We’re committed to you. That’s our Promise! 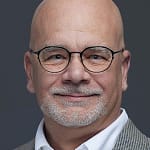 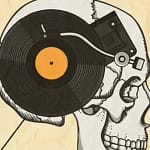 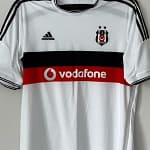